In theory, any ore containing iron element or iron compound can be called iron ore; However, in terms of industry or commerce, iron ore must not only contain iron, but also have the value of utilization.

(1) Magnetite is a kind of iron oxide ore. Its main component is Fe3O4. It is a composite of Fe2O3 and FeO. It is dark gray, with a proportion of about 5.15. It contains 72.4% Fe and 27.6% O, and is magnetic. Magnetic separation method can be used in beneficiation, which is very convenient; However, due to its fine structure, its reducibility is poor. After long-term weathering, it becomes hematite.

(2) Hematite is also an iron oxide ore. Its main component is Fe2O3, dark red, with a specific gravity of 5.26, containing 70% Fe and 30% O, and is the main iron ore. They can be divided into many categories according to their own structural conditions, such as red hematite, specularite, micaceous hematite, and clay hematite.

(3) Limonite is an ore containing iron hydroxide. It is the general name of goethite HFeO2 and lepidoCRocite FeO (OH) ores with different structures. Some people also wrote the chemical formula of its main components as mFe2O3.nH2O, which is yellowish or brown, containing about 62% Fe, 27% O and 11% H2O, with a proportion of 3.6~4.0. Most of them are attached to other iron ores.

(4) Siderite is an ore containing iron carbonate. Its main component is FeCO3, which is green gray with a specific gravity of about 3.8. Most of this ore contains a considerable amount of calcium salt and magnesium salt. As carbonate will absorb a lot of heat and release carbon dioxide when the temperature is about 800~900 ℃, most of us first calcine this kind of ore and then add it to the blast furnace.

(5) Iron silicate iron ore is a kind of composite salt without certain chemical formula. Its composition varies greatly. It is generally dark green, with a specific gravity of about 3.8. Its iron content is very low, and it is a poor iron ore.

(6) Sulphide iron ore contains FeS2, with only 46.6% Fe and 53.4% S. It is grayish yellow with a specific gravity of 4.95~5.10. As this ore often contains many other valuable metals, such as copper, nickel, zinc, gold, silver, etc., it is often used as raw material for other metal smelting industries; And because it contains a lot of sulfur, it is often used to extract sulfur. On the contrary, iron has become a by-product, so it can no longer be called iron ore.

Application and harm of magnesium powder

Application and harm of magnesium powder

On behalf of provincial civil-military product enterprises, the company participated in the Exhibition of Civil-Military Integration Development Achievements of Science, Technology and Industry for National Defense 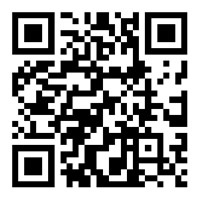